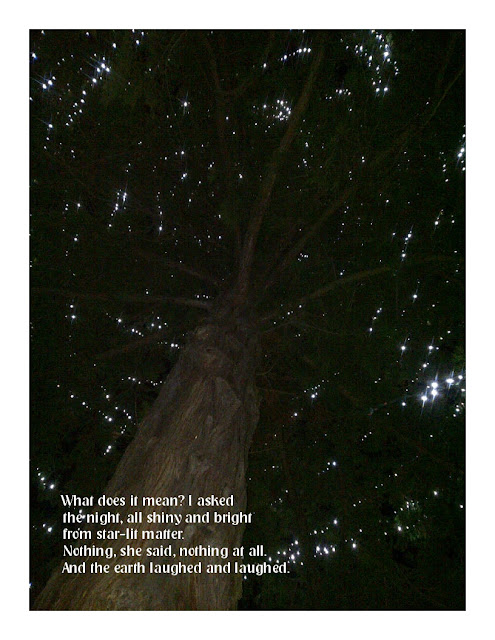 Posted by Jo-Ann Svensson at 9:49 AM No comments:
Email ThisBlogThis!Share to TwitterShare to FacebookShare to Pinterest 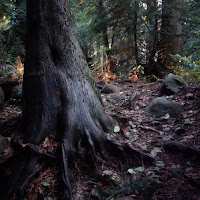 Trees speak differently in the dark.
I can’t quite understand, yet
I feel their words.
No shape or tone comes forth,
just a longing
for something I can’t quite clarify.
A belief, perhaps, in something more.

I will myself quiet
and open my heart
but the words I so long to hear
are lost. In my humanness, I turn away
only to be called back seconds later. Was that my name?

My heart aches now in the memory of it.
It is one of longing, of loosening the holds—
remembering something but not quite.
If I put words to it, my words, my own interpretation,
I say it is sadness or perhaps a vulnerability—
a desire to get it right layered over with the uncertainty
that I might never, ever
fully understand
these being of the dark wood
who invite me to hear with ears that must learn
a new way of listening.


Also check out my newest blog, the Modern-Day Renaissance Woman where you will find excerpts my new book, Notes from the Bottom of the Box.

Posted by Jo-Ann Svensson at 11:00 AM No comments:
Email ThisBlogThis!Share to TwitterShare to FacebookShare to Pinterest


[First They Came is a protest poem written by Martin Niemöller during the Nazi rule of Germany. He ultimately spent seven years in a concentration camp for his views.] 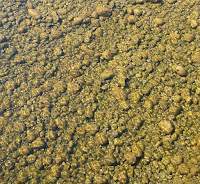 When Trump became the US president-elect on November 8, I was confused. How did this happen? And more importantly: what do I do about it? As I watched protests spring up on the American streets I felt a certain futility and, I must admit, fear. The potential of violence scared me. The response to the latter question soon rolled off my lips: I am not an American. There is nothing I can do.


First they came for the Socialists, and I did not speak out—

Recently several Muslim-Canadians have been assaulted in eastern Canada. Many say it is a result of the emboldened Alt-right. Of course, I am outraged but when I ask myself what I should do, I whisper: they are too far away for me to provide support.

When racist flyers were distributed in Richmond, the second batch in a few weeks, I thought, yes, it is time, I should go and stand with the Asian community. Too bad, I cannot. I have to go to work.

Then they came for the Jews, and I did not speak out—
Because I was not a Jew.

A few days ago, the federal government pronounced the death toll for Southern Resident Killer Whales with its approval of the Kinder Morgan pipeline and the resultant seven-fold in tanker traffic. I felt betrayed and angry. But I didn’t march and the protest letters to my MPs have yet to be composed.

And just yesterday, that same government suggested 2019 might be too soon for electoral reform, that “it would be ‘irresponsible’ to go ahead with the plan before the next election.”

Then they came for me—and there was no one left to speak for me.

Timothy Snyder, a history professor at Yale, offers some practical advice for Americans facing four years of Trumpism. He’s derived twenty lessons from the rise of fascism, Nazism and communism in the twentieth century that are not only applicable to the States but to citizens in any country to help keep their government in check.  Click here for a summary on each point.


5. Be calm when the unthinkable arrives.


12. Take responsibility for the face of the world.


14. Give regularly to good causes, if you can.


16. Learn from others in other countries.


17. Watch out for the paramilitaries.


18. Be reflective if you must be armed.

Also check out my newest blog, the Modern-Day Renaissance Woman where you will find excerpts my new book, Notes from the Bottom of the Box.