The Solace of Spring 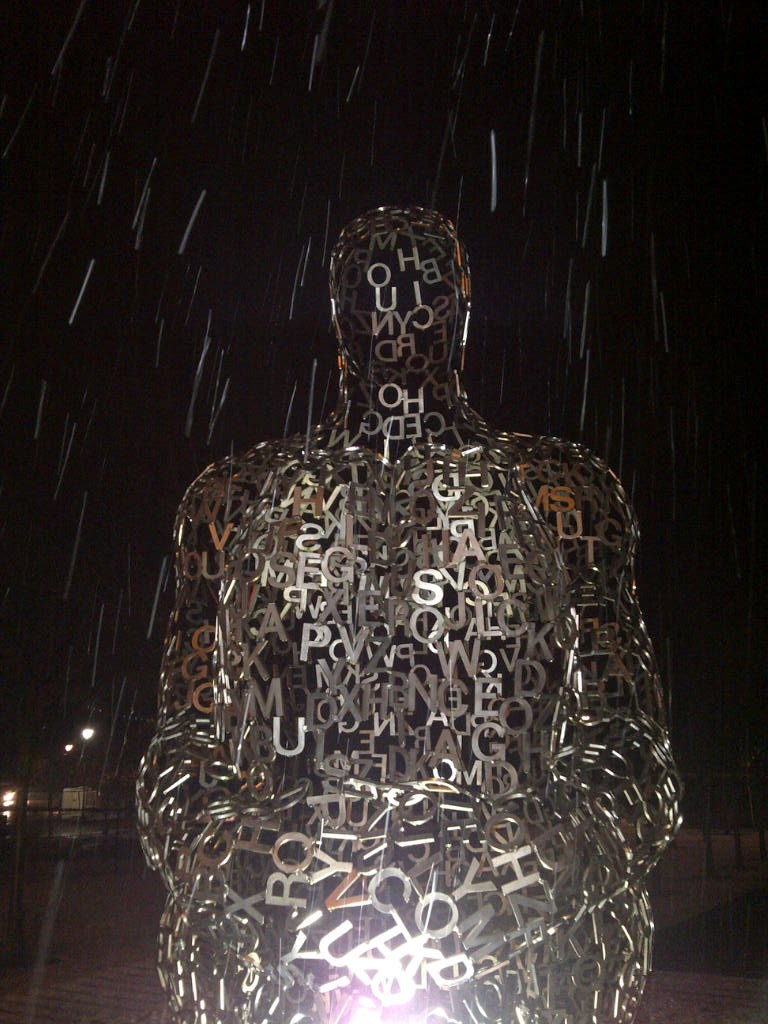 My heart cries today
perhaps, no reason
but I hear the seagulls call out

their message carried over the waves
of souls lost and those not found.

My heart cries today
no true sorrow of my own.
I have riches of creativity; a
deep belief in the magic of life.
For whom does it cry? Perhaps,
for those who don’t.


I was told today to count my blessings.
This stranger had no time for my story.
How petty it seems but

perhaps,my heart cries for me.

The Solace of Spring 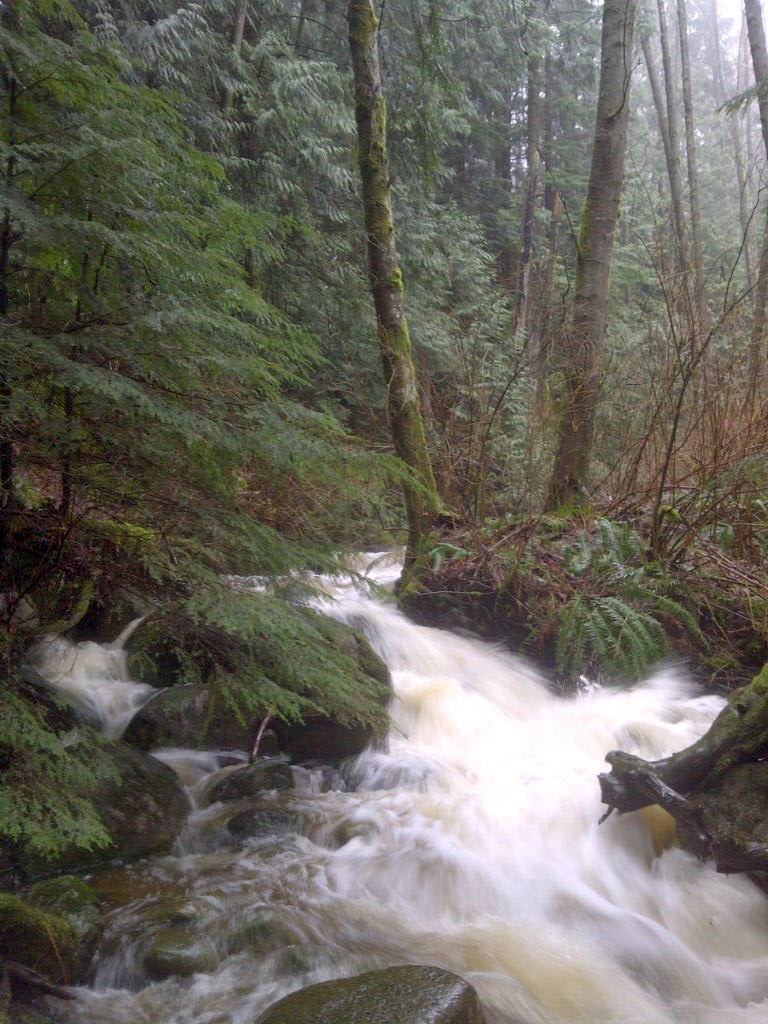 There is space
within the call of spring, that
allows my skin to ease: to rest
and yearn no more.
It is here, in the chase of winter
I find solace.

Posted by Jo-Ann Svensson at 6:54 PM No comments:
Email ThisBlogThis!Share to TwitterShare to FacebookShare to Pinterest

Sex Education: Are we doing enough?


First off, a disclosure: I work part time (very part time, mind you … 4-5 hours a week) as a receptionist at Options for Sexual Health. Opt is an affiliate of the venerable International Planned Parenthood Federation. Our pro-choice and pro-LGTB clinic provides sexual health education, referral and counseling as well as contraceptives, pap tests, STI testing and treatment. Opt “envisions a society that celebrates healthy sexuality, its diversity of expression, and a positive sexual self-image for individuals throughout life”. It’s a great organization.

One might say then that I am biased. They would be right.


Recently Opt posted an article on FB written by Patrice Daniel, a psychotherapist and feminist activist from Barbados. In it she succinctly argues the point that sex education is not only a necessity but a moral imperative. She writes: There is the misconception that giving adolescents accurate information about their sexual and reproductive health and rights will propel them into careless, unfettered sex. In reality, the opposite is true. When adolescents have sound, comprehensive information about the responsibilities associated with sexual activity, they are more likely to delay sexual activity. Those who are sexually active are more likely to adopt responsible practices, such as consistent contraceptive use.


Unlike many other places in the world, British Columbian’s are fortunate. We have, for example, a well regarded K-12 sex ed curriculum and excellent guidelines set out by the BCTF. What we do not have is 1) mandatorycourses in how to teach sex ed—it is up to the teacher to do the research and, 2) a standardized system whereby the school and/or school board makes sure the BCTF guidelines are followed.  Not everyone can teach a science or English class without specialized training, the same goes for sex education. So, despite the fact that we have what seems to be an excellent program we still have situations where a certain organization, previously discredited by the Delta School Board  for giving misinformation about contraceptives and condoms, was allowed to come in to Surrey schools and give presentations to the students.


This lack in oversight is problematic. It was only after a parent complained that the Delta contract was cancelled. In the Surrey case, it was CTV that pushed the school board into action.  I am also concerned about safe environments for the LGBT community. Only one third of BC school districts have voluntarily adopted anti-homophobia policies. One might be inclined to ask, then, if sexual orientation is included in the other two-third's curriculum ... one would be inclined to think not.


Sex education is not about teaching kids to have sex. It is to provide youth with information so they can go safely and knowledgeably out into a world that is buzzing with both implicit and complicit messages about sex. Kids need to know more than just how their body functions.  They need to know how to discern between physical wants and emotional feelings; what their inherent rights are concerning their body; how to do provide healthy self care; how to say no and how to be safe when they say yes; where to get information, counselling and treatment if needed; and that everyone is unique and should not be shamed or ostracized because of their sexual identity.


BC’s curriculum seems, from this fairly untrained eye, to be able to deliver these objectives. What remains, however, is the question of whether it being taught in all of our schools in the spirit of its creation.


The problem is that many of us don’t really know.  We weren’t taught much about sex, if anything, back in our school days and our parents tended to be rather uncommunicative on the subject. Most of us were self taught and some may be still holding on to misinformation gleaned through the pages of Cosmo or the washroom walls. Now we are parents, aunts, uncles and grandparents with kids who are exposed to far more information, both true and false, than we ever were. We need to be better informed as much as they do. The best solution I can offer is to not only interview your child’s Sex Ed teacher but get educated yourself.  Better still, become an “ask-able adult”. There are plenty of options on how to do this from the free resources offered on this link to taking a course like those offered at Options for Sexual Health.


Ms Daniel ends her article with this statement: The Commission on the Status of Women is taking place this week at the United Nations in New York. The meeting aims to address global discrimination against women and girls and the rampant violations of their human rights. The denial of sexual and reproductive health and rights remains a barrier to gender equality and justice. It is time for political decision-makers to not only speak, but implement. Their actions and inaction continue to cost young people, especially girls, their lives. Comprehensive sexuality education in schools is not the enemy. Ignorance is.

Posted by Jo-Ann Svensson at 6:57 PM No comments:
Email ThisBlogThis!Share to TwitterShare to FacebookShare to Pinterest

I felt emotionally spent last week. Overwhelm had set in with no good reason except a series of seemingly insignificant triggers that felt like the ground had shifted, doors had closed and paths had become obscure. It wasn’t pleasant.


But I pushed through. Not by muscling through the day with a pasted smile but by holding back on social commitments, taking long solo hikes in the solace of nature and having a few good cries in the privacy of my house. Adding in the bittersweet knowledge that I’ve been here before and will be again also helped smooth out the jagged edges.


During these times when I spin into melodramatic bleakness I try to put forward a question in meditation. I ask what I am missing. I trust I will be told. This trust, however, requires faith. And faith, well, faith requires trust. I have faith in an interconnected Spirit but also in ancestors long past, who, I believe, truly want the best for me. I sit with them often in meditation. I also trust, or perhaps know is a better word, that my all too fallible humanness can shut me down to the more subtle truths. An answer to my question of what I am missing may take a while to be realized. But once again I trust that I will eventually wake up even if it takes a lifetime... or two.


When the answers do arrive they tend to do so in fairly innocuous ways: an unexpected meeting; a knowing or a felt sense of rightness when I see, hear or do something. Then again they can also appear in the opposite form with the shocking realization that “I’ve done what for how many years?" Trust definitely needs faith at these times to know that I will live through the embarrassment.


A few days ago, still reeling from my emotion clad week, I was returning from one of those long solo hikes when, up ahead, I spied a lady of senior years. I was just a few blocks from home by that time and though I could almost hear my bread-of-first-rising calling to be gently punched down and placed in pans she caught my attention. She seemed to be at loss, somewhat indecisive as she subtly pointed her walker this way, then that. I asked if she needed help. It was minor her request but she didn’t like crossing the street unaccompanied … would I?


As we slowly transversed the narrow expanse she prepared the weft and warp of her tale.


I’m 94, she said, sane of mind and body except for these “pegs”. Born in Vancouver, she drove alone across Canada and survived two husbands. I have so many tales, she continued, I often think I should get a tape recorder and get them all down.


My mind started drifting as soon as she declared her heritage and a line of indirect query began: So you are looking for someone to write your memoirs?


Oh no, I don’t think so. Memories are the only thing I have left that are truly mine. But I like talking about them. You start forgetting them if there is no one there to listen.


She then told me how Gerry McGeer had “stolen” her playground to make way for the new city hall on Cambie Street and how men delivered bread and vegetables  by horse drawn carts but my agenda continued to leak through: Were you there for the opening of Burrard Street Bridge in 1932?


Oh,  probably, she said, there was always something to do and see. You know I supervised eight staff when I worked…


To my shame I cannot even remember the end of her sentence. I was adrift in need and not a little anxiety. I came clean: My mother was also born in Vancouver, 1925. She had a brother, four years her senior… he drowned, under the Burrard Street bridge… one week before it opened.


She looked at me. I’ve been trying to write about it for years. The story needs to be told… It can destroy a family, you know.


I asked for her phone number and then begged her leave. Although I cited bread that needed baking it was just too much to continue listening. I was teetering on the edge of an abyss while questions tumbled through the empty space where my brain once lay. None, it seemed, were about her or her history as much as the can of worms I had just opened.


Two days later I am not overly confident I will call her. Although she was pleased with my request to continue talking about the early days of Vancouver something conspires to hold me back: responsibility is what first comes to mind but also energy and desire. Then again something inside me rebels at my waffling and knows I will call.

This lady may or may not be the answer to what I am missing.  I cannot, however, deny the fact that sometimes when it feels like all doors are closing there is, indeed, one that opens.

Posted by Jo-Ann Svensson at 7:43 AM No comments:
Email ThisBlogThis!Share to TwitterShare to FacebookShare to Pinterest
Newer Posts Older Posts Home
Subscribe to: Posts (Atom)