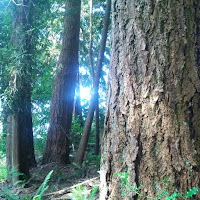 Reading over reports from the Truth and Reconciliation Commission I am horrified. It’s not just about what happened but that I have been willfully ignorant about the totality of it. Sure I knew about residential schools but I filed that information away into the back of my mind as yet another example of an historical atrocity—something that happened in the past, nothing really to do with me. That is what I made myself believe anyway until I read this excerpt from a Globe and Mail editorial:


Close your eyes and imagine you are at home with your two children, a boy aged six and a girl aged eight. There’s a knock at the door. It’s a moment you’ve dreaded for weeks. You answer it and there is a man from the government and an RCMP officer who order you to turn your children over to them immediately. The children are led away and placed in the back of a truck in which you can see other children crying. Your boy and girl are screaming that they don’t want to leave you but, the minute you show any resistance, the policeman steps in to enforce the law. You are compelled to give up your children, because the state has judged you to be unfit as a parent on account of your race. That night, you are alone with your spouse in an empty house, brokenhearted, powerless and without hope, everything that matters stolen by the state.

Now imagine you are one of the children. You are driven hundreds of kilometres to a new school run by strangers. When you arrive, your hair is cut off and the clothes your mother made you are taken from you and burned. You are punished every time you speak your mother tongue or cry for your parents. You are lost and confused. You are separated from your brother, because he’s a boy and you’re a girl. You are underfed, cold. There is no playground outside, just a cemetery for the children who died in the care of this horrible place.

And then one of the teachers abuses you sexually. And the state turns a blind eye. Eventually, as a teenager, you are free to go. But go where? Your home has been destroyed. You don’t know who to trust, or who you are.

Somehow a part of me never went there before. Never quite imagined what it would have been like for the parents, or the kids, my contemporaries actually—the government compelled indigenous parents to give up their children until the late 1960s,—to live through these torments. It is estimated that 150,000 First Nations, Inuit and Metis children suffered this fate. 150,000 … hard to swallow that number let alone just one child being stolen from their parents.

And these so-called schools were not truly educational structures. Doug Saunders writes that

... the commission’s report provides voluminous and very quotable evidence that everyone from John A. Macdonald to the 1950s managers of the residential school system explicitly intended that program, and the wider Indian Act, to strip indigenous people of any racial, linguistic, cultural or family identity… Moreover, they were made to work, to pay for their keep. The system meant to receive no government or private financing whatsoever …The resulting revenues proved grossly inadequate to the nutritional, physical and health needs of the children, and as a result, more than 4,000 of them died.

And back to what horrifies me is that I didn’t know this or, rather, knew parts of it but didn’t dwell deeper. I wasn’t taught it in school, I didn’t read about it (until now) in the newspaper; I didn’t talk about it with friends. My ignorance as a child was excusable; my ignorance as an adult is negligent and complicit. As John Ralston Saul writes:

Commissioners Murray Sinclair, Marie Wilson and Wilton Littlechild are trying to make it easy for us. Reconciliation, they explain, is about establishing and maintaining a mutually respectful relationship between aboriginal and non-aboriginal peoples. This requires an “awareness of the past, acknowledgment of the harm that has been inflicted, atonement for the causes and action to change behaviour.” We must change behaviour, each of us. Then we must make our governments change behaviour.

Justice Murray Sinclair accused Canada of cultural genocide. When I hear that word I recall Nazi Germany and the holocaust. Then I think of how Germany atoned itself and continues to do so: how the nation decided not to hide their past but to talk about it, to make reparations, and create learning opportunities so that history will not repeat itself. Has Canada done the same?

We have had at least seven (including this one) major commissions, reports, inquiries and declarations since 1967 on the state of indigenous peoples and their relationship to the rest of Canada. Has anything changed?

Over $100-million of your money is spent every year to fund federal lawyers to fight against indigenous people being treated with respect. At the same time, $1-billion allocated by Parliament for spending on aboriginal social programs was simply withheld over the past five years. John Ralston Saul

First Nations schools are under-resourced, the criminal system doesn’t work, there are 45 indigenous languages in danger of disappearing and still, far too many aboriginal women are being murdered and victimized.

And what, I might be inclined to ask, does it have to do with me?

A poll in 2013 showed that 60 per cent of Canadians believe that First Nations, Inuit and Métis people are the authors of their own problems.

Am I one of those people… are you … even a little bit?

I end with a quote from John Ralston Saul:


And the Canadian people – you and I – have not taken the stand we need to take. We have not given that fundamental instruction – the instruction of the ethical, purposeful voting citizen. Justice Sinclair and his colleagues have shown us what to do. We are the only barrier to action being taken.

PS   This morning I read on the CBC website that all Prince Rupert Kindergarten through grad 4 stdents will be required to learn Sm'algyax, the language of the Tsimshian First Nation. Its a beginning.

Posted by Jo-Ann Svensson at 2:13 PM
Email ThisBlogThis!Share to TwitterShare to FacebookShare to Pinterest
Labels: truth and reconciliation